Catbird: the band is an Australian Indie band passionate about creating “Music for Humanity”.

We strive to express genuine independent observations through eclectic Catbird sound, music and lyrics, with the intent to inspire audiences with our live performances.

Our ultimate aim is to produce music that touches hearts and minds – to preserve Nature’s purity and create change internally to flow externally and make the world a better place. 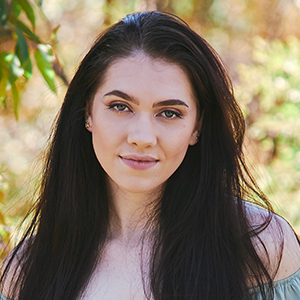 In her early teens, Mia discovered a passion for Music Theatre and she performed in school and community musicals, and this led to her determination to pursue a career in theatre.

Mia rediscovered her passion for music in her late teens when she discovered the music of Queen and Alternative Rock. She then learned piano, guitar, and ukulele, and her interest in songwriting developed. Keen to move on from her hometown of Rockhampton, Mia relocated to Sydney where she commenced studies in a Bachelor of Music (Music Theatre) at The Australian Institute of Music. 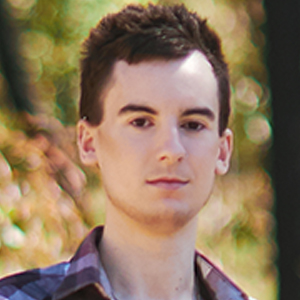 Catbird’s Vocalist and Keyboardist had his interest in music piqued as a child, when he became a staunch fan of teen pop music and idols such as Britney Spears and Christina Aguilera. He commenced taking piano lessons in his early teens, learning songs by artists including Evanescence and Missy Higgins.
Read more

As his knowledge of music theory increased, Phill began to create his own piano arrangements of pop songs, which he used to accompany himself as he sang cover versions of his favourite tracks. Phill’s interest in electronic music production developed in the late 2000s with the electropop revival helmed by artists such as Lady Gaga. Realising that he was as interested in the arrangement of the backing tracks as he was the actual songs, he bought himself a cheap microphone, computer, and digital audio workstation to begin recording and producing his original, self-penned songs.

To develop his production skills, Phill studied a Bachelor of Music (Composition and Production) at the Australian Institute of Music in Melbourne, and then moved overseas to study a Masters of Music Performance at the London College of Music, where he majored in contemporary vocals.

Phill has since returned to Australia and he produces original electronic pop and alternative material. Phill’s strongest music influences range from singer-songwriters such as Sufjan Stevens, Lana Del Rey, and Lady Gaga, to bands including Evanescence, Depeche Mode, and Sunny Day Real Estate.

Catbird Vocalist Nadia has a lifelong basis in the creative arts. She learned Classical Ballet as a child throughout her teens, with additional involvement in Ballet Performances, Speech and Drama, and Visual Arts at school. Always having loved to sing, she chose to pursue Performing Arts in Musical Theatre at The Australian Institute of Music in Sydney in 2008 and was involved in their Performance of ‘Dusty’ the Musical in 2009. Before completing this course, she opted to travel to London on a 2-year working visa and there pursued music, becoming the vocalist in a 3-piece electronic band.

Upon returning to Australia, Nadia moved into an Art Warehouse in Brunswick, Melbourne. Following two years practicing painting in the Warehouse, she returned to her studies of Music at AIM Melbourne in 2016 to complete her Bachelor of Music, this time in the creative department of Composition and Production. Having graduated in Melbourne in 2019, Nadia is now a creator of cinematic, vocal, and experimental electronic music, under the artist name of Nadia Knightfall.

Nadia’s earliest influences were her parent’s eclectic collection of albums including The Carpenters, Fleetwood Mac, Andrew Lloyd Webber, and Tina Arena, which she loved to sing along to. During her high school years, she loved the Grunge that came out of Seattle in the 90’s, The Tea Party, The Cranberries, and Cocteau Twins.

While studying music composition in Melbourne, Nadia developed a new interest in writing music for film and creating atmosphere with sound and voice. She worked with Director Sam Nairn in 2018, writing the music for a short animated film ‘The Last Post’, which was broadcast at ACMI in 2018 as part of the Student Showcase of the Melbourne International Animation Festival. 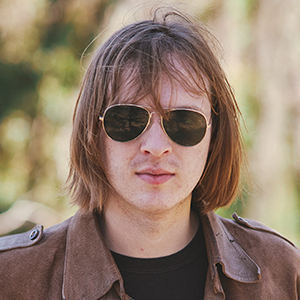 Catbird’s Bassist’s initial foray into the music world came courtesy of the Guitar Hero video game series! This inspired him to pick up guitar at a young age. Brendan’s interest in pursuing music as a profession came from learning how his favourite band, Queen, made their records, using a combination of compositional creativity, knowledge of music and studio technology, and boundless creative flair and imagination.
Read more

His dream is to be comparably creative through experimentation with rigour. With this as his stimulus, he studied a music degree at the University of Wollongong to learn to write and compose songs, and it was there that he was introduced to the world of functional harmony, music technology, international music styles, and collaboration with like-minded individuals.

Having added proficiency in bass performance to his skills, he became the bassist of a grunge band, and the guitarist of a punk indie band. Brendan also plays keyboard, ukulele and mandolin, and enjoys rock, alternative, country, folk, and pop music. Brendan takes his influences from bands including Queen, Nirvana, Florence + the Machine, and R.E.M., as well as artists who boast robust song-writing chops such as Lorde, Jeff Buckley, Bob Dylan, and St Vincent.

Follow our journey on social media to keep up to date with new Catbird music releases, gig details, and latest news.